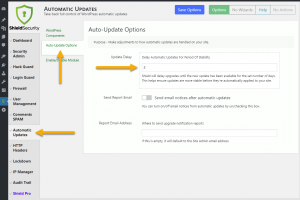 A great protector so far… easy to use..lightweight, tried others..

Just awesome! Does what it should!

This plugin does everything that a good security plugin should do. Kudos to their whole team! 🙂

Hey there gorgeous! Do you like what you've read here? :)

Get That Warm, Fuzzy Feeling →